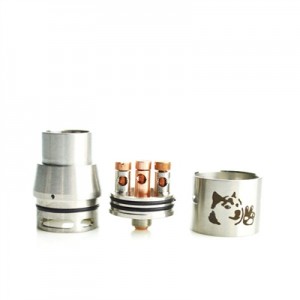 The Doge X RDA V2 is now available! It’s a pretty big redesign – everything has been overhauled from the original and this thing is designed for one thing – blowing clouds.

If this is your thing – read on. You’ll probably love this RDA.

The first thing you’ll notice is the more refined design of the new top cap. Gone are the rows of fins and a new conical design has replaced it. It looks great and is quite elegant.

Also new are the giant post holes. This thing is built for serious sub-ohm builds which means you’ll want to use big wire for the lowest resistance. This RDA has you covered as the holes are now huge. 3mm in diameter to be exact – almost twice the size of the first version.

There are also air injection holes which cool down vapor to increase the expansion (think massive clouds here) and eliminate what the old fins were trying to do.

The tip is now 14mm which is the biggest I’ve heard of to date.

The screws are new now as well. The new version of the Doge X uses M3. You get 2 sets included – stainless steel and C110 lead free copper. The juice well is also 1mm deeper which is a nice touch.

If you’re a cloud blower – this is for you. It is a 1 trick pony, but it does it really well!

Note: The supply is limited on this RDA – If its in stock and you want it, get it. The price is amazing and these go really quick.

What blows me away about this is its affordability. There has been a lot of tension in the vaping world over the difference of clones vs original designs. This is a line that absolutely must be blurred for boutique RDA and mod makers to survive. Original RDA’s and mods are designed by entrepreneurs who are tech savvy and who have a desire to design really innovative stuff. These are not large companies and in some cases just individuals. They design amazing hardware, but in the numbers they produce them in its very difficult to do these at very low prices. This is where the Chinese companies come in. They clone the designs (often poorly and cheaply) and they sell replicas that are “good enough” for usually 1/10th the price of the originals.

You can see the problem here. The sweatshop supported clones are going to eventually kill the innovative market unless the innovation can be done for a lower price. This is not fair or easy, but its what it is.

The DogeX is interesting. It was a project done through Congrevape and they’ve made a pretty decent little RDA that is designed to just chuck nimbus clouds all over the place. The airflow is crazy on this RDA. Its not the fanciest design in the world, its basically a Tobh influence with more airflow. But most importantly, they found a way to make this for under $30! The first round sold out pretty much instantly and there is another round in the works now that should be out in a few weeks. This is another issue that needs to be worked out. It seems so many of these boutique projects don’t order enough supply. It could be an issue with startup capital which is understandable, but they sell out so fast it can be frustrating.

Design and the Doge X 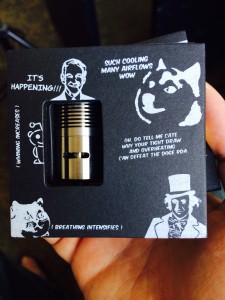 As previously mentioned, the Doge X is in many ways a copy of the Tobh. It features a three post design in the standard configuration. The holes are fairly high above the deck to get proper air flow both above and below the coil. The lead holes are nice and big which is good because you’ll likely be using pretty low resistance wire with this.

The collar features slot air holes that are massive. You can do this in a single coil configuration, but I don’t see the point here at all. This thing is built for serious sub ohm builds.

The packaging is really nice and quite impressive. There’s a bit of a pop art, cartoon influence resembling vintage cereal box treasure packaging. Its a nice touch – particularly at this price point. I’ve bought RDA’s that are well over $125 that came in generic boxes. I think this is really impressive and it sets a standard.

The top cap is pretty wild. Its features twice as many fins as the Tobh for extra cooling. It also has a conical design on the interior that’s got more slope than the Tobh. Will be interesting to see how this compares for big cloud blowers.

Folks this is an impressive RDA at a great price.

Is the Doge X For Me?

If you want massive clouds and want to REALY sub ohm, this RDA is for you no question. Even if you already have something you use, the price is so low its silly not to get one and at least try it.

If you’re not a sub ohmer – this is not for you. The airflow is so massive on this device its going to be hard to get a decent vape unless you’re running some serious voltage through your coils.

Its a one trick pony, but its a good one for sure! Pair this up with the Competition Top Cap and you’ll blow more clouds than a seasonal hurricane. 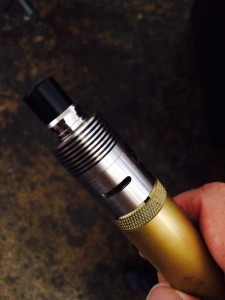 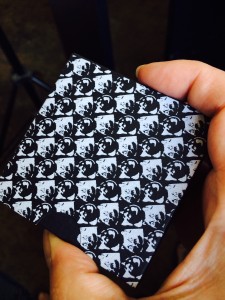 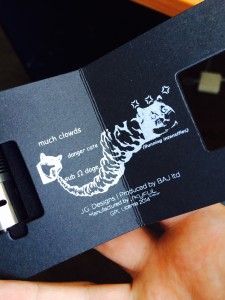 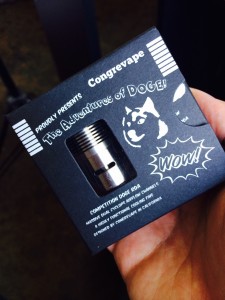 Also check out the Veritas RDA

Vapor Mods is a showcase of the top vaping gear available today. We specialize in device reviews - RDA's, tanks, regulated devices and mechanical mods are all our specialty.

Make sure to check out:
» Rebuildable AtomizerGuide

New to vaping? You might want to start with our FAQ Section 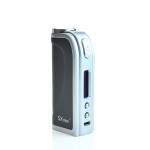 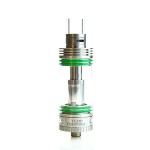 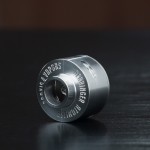 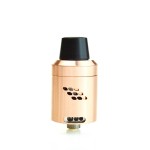 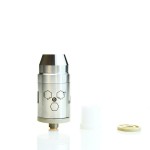